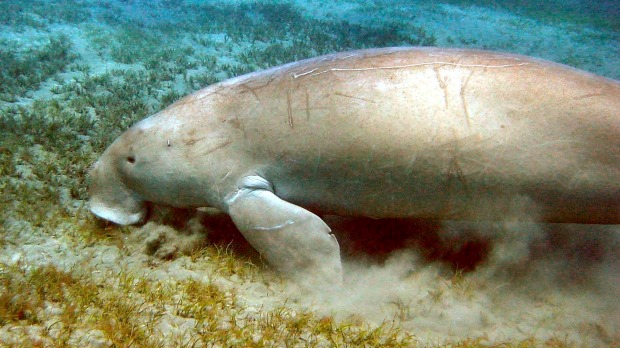 Seagrasses along Australia’s coast are being devastated at increasing rates, and human development is to
blame.

How and when that damage first began occurring was the subject of a study at Edith Cowan University’s
centre for marine ecosystems research, which revealed one area had lost 80 per cent of its seagrass in
fewer than 30 years.

Able to absorb carbon dioxide about 40 times faster than rainforests, seagrass is an undervalued natural
method for offsetting carbon emissions, Dr Serrano said, as it acts as a long-term carbon sink.

The humble seagrass may have escaped the gaze of some, but not that of Environment Minister Greg Hunt, who outlined plans to protect the resource and its carbon-storing potential at a Paris climate summit event in December last year.

“In Australia more than 80 per cent of the population lives along the coast and that’s placed enormous
stress on our coastal marine ecosystems, particularly from extensive land clearing, agriculture and coastal development,” he said.

The study by Dr Serrano and his team analysed the impacts of phosphorus on seagrass, taking core
samples from seagrass meadows at Oyster Harbour, near Albany in Western Australia, where 80 per
cent of seagrass was lost from the 1960s to the 1980s.

Sinking two metre long pipes into the sea floor, they gained an insight into more than 600 years of
the meadow’s history.

When nutrients such as phosphorus rise in the environment, they cause a massive growth of algae,
leading to algal blooms. These blooms “asphyxiate” seagrass and other marine life, soaking up the light
and oxygen they need to survive.

“Almost all estuaries and lakes around the coast have been impacted in this way to some degree over
the last century, at least. For example, in Botany Bay similar impacts have been [observed],” he said.

“Blue carbon” was a term created in 2009 to describe the important role that the world’s seagrasses,
mangroves and salt bushes could play in tackling climate change.

Created by marine ecologist Professor Carlos Duarte and fellow marine researchers, the term has
gone some way to putting seagrass and its carbon-capturing capabilities on the international agenda.

He said Australia was working with other countries and organisations to take forward the International
Blue Carbon Partnership announced at the Paris conference.

“We’re working towards accounting for greenhouse gas emissions removals from coastal wetlands in
Australia’s National Inventory from 2017, with an initial framework to be included in the 2016
National Inventory Report.”

Mangroves have also been earmarked by the government to support sequestration and carbon storage
and their protection and restoration has been identified as a 2015-16 priority  for scoping.

“Feasibility testing is being undertaken by the department in consultation with key stakeholders to
inform whether these activities will be covered under the fund,” the minister’s spokesman said.