Dominican Family in the Solomon Islands

October 5, 2016 By Sarah Menassa-Rose No Comments 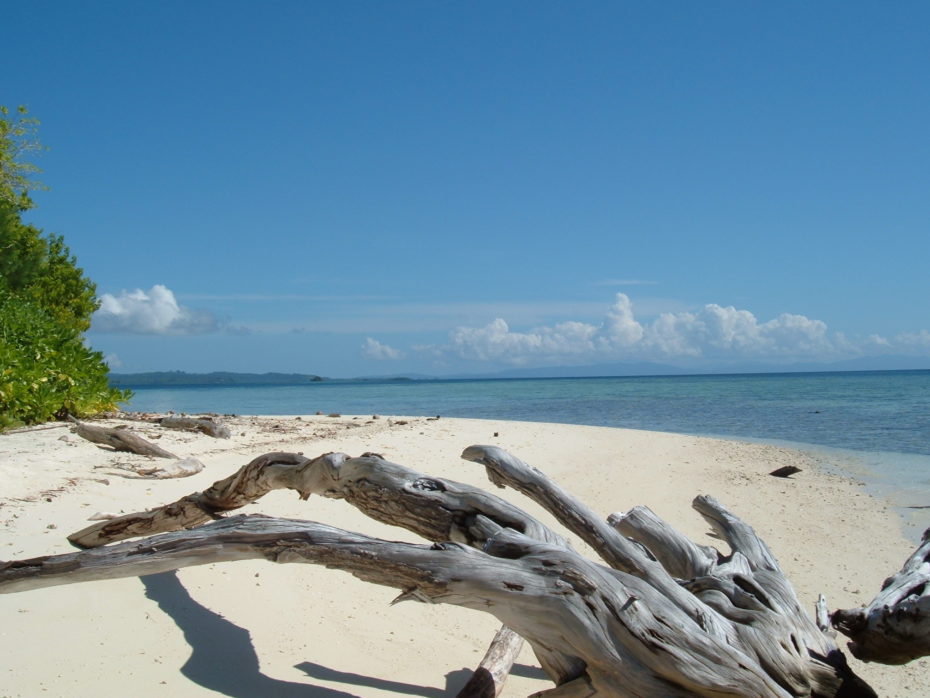 Climate change became a particular concern for our Dominican sisters and brothers (and the wider Solomon community) after the devastating tsunami in 2007 and subsequent cyclones. The impact of climate change was an early concern of the Kiribati Solomonese who were forced to leave the Phoenix Islands because the salinity of the water lenses in the atolls in the 1950’s.  Melanesian villagers living along the coast know that they have been losing coastal fringes and trees for years.

Historical Connection with the Solomon Islands

Dominican missionaries went to the Solomons in 1956. The first band consisted of two friars, four sisters and two lay nurses. Initially they worked in the Western Solomon Islands (bordering on Bougainville) assuming pastoral responsibility from the Marist Fathers. In those early days, the sisters were primarily involved in teaching, catechetics and nursing.

Engagement in the Pacific

Today there are indigenous Dominicans in the capital Honiara, and on the islands of the Shortlands, Choiseul, Wagina, Gizo/Loga, Wagina, and Malaita. A significant number of our sisters have trained as teachers at the Solomon Island College of Higher Education (SICHE) or in practical local programs sponsored by the European Union ie at Rural Training Colleges (RTC).  Awareness of and concern for local environmental issues are critical factors in their education and current ministries.

The Dominican Sisters of Eastern Australia now offer mentoring and support to our Dominicans in the Solomon Islands.  They are the ones who are experts in their culture and context.  However, more acutely aware of the global climate crisis, Australian sisters find themselves working in closer partnership with both our Solomonese sisters and other Congregations who face similar dilemmas.  Indeed, together, it is imperative that we speak with one voice on behalf of our drowning neighbours.

Voices from the Pacific

“Here at St Joseph’s Tenaru (outside Honiara) we experience changes in the colour of the river. The logging company makes us use the dirty water when it rains. The erosion along the river is now very fast because there are no roots of the trees to hold the soil. Logging also causes landslides during the rain.’ (Stephany Puru OP – agriculture teacher)

“We have learned of those working to support coastal communities who wish to raise their voice against Seabed Mining. Far from being anti-development such communities wish to pursue sustainable development including family friendly tourism, fishing and agriculture … the sea is a treasure for all and should never become a “playground for exploitation”.  (Federation of Catholic Bishops Conference of Oceania, August 2016) 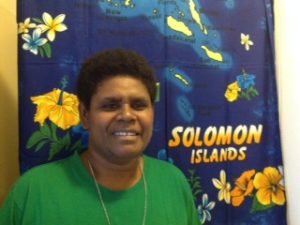 ‘The impact of the 2007 tsunami was greater because the Sisters on Loga island had, for good reasons, culled many of the mangroves that grew along the shoreline in front of their housing. That situation is now being reversed by promoting the growth of new mangroves and utilising landfill’ (Jill Shirvington OP)

A research article by Simon D Donner, “The Legacy of migration in response to climate stress: learning from the Gilbertese resettlement in the Solomon Islands” provides insightful material on the impact of climate migration in the Western Solomon Islands. (cf Natural Resources Forum 39 (2015). 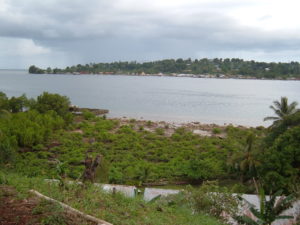 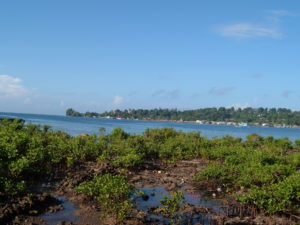