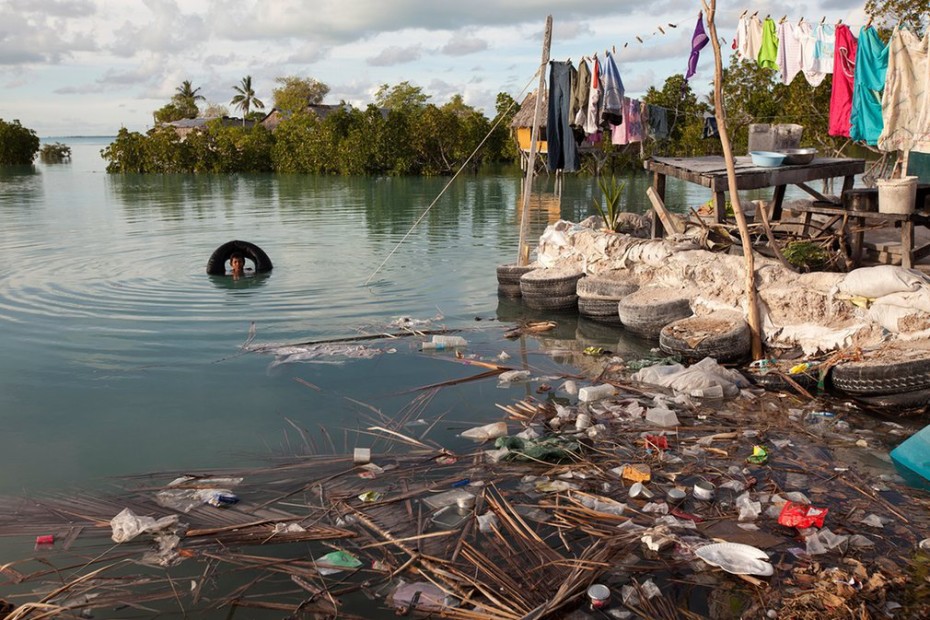 The Pacific Islands losing a way of life to climate change – in pictures. People living in the Pacific are threatened by rising sea levels. Relocation may be their only option. This link is to photos from The Guardian showing the situation of those living in Kiribati and the Marshall Islands. https://www.theguardian.com/environment/gallery/2015/mar/17/pacific-islands-losing-way-of-life-to-climate-change-in-pictures?CMP=share_btn_link

This article was written for Pacific Climate Watch in May 2016 by Terese Corkish. Terese is the Youth Engagement Officer for Catholic Earthcare Australia. She has been involved in environmental education and advocacy for a number of years. On Mother’s Day, the 8th of May 2016, thousands of protestors from all over Australia descended on […] 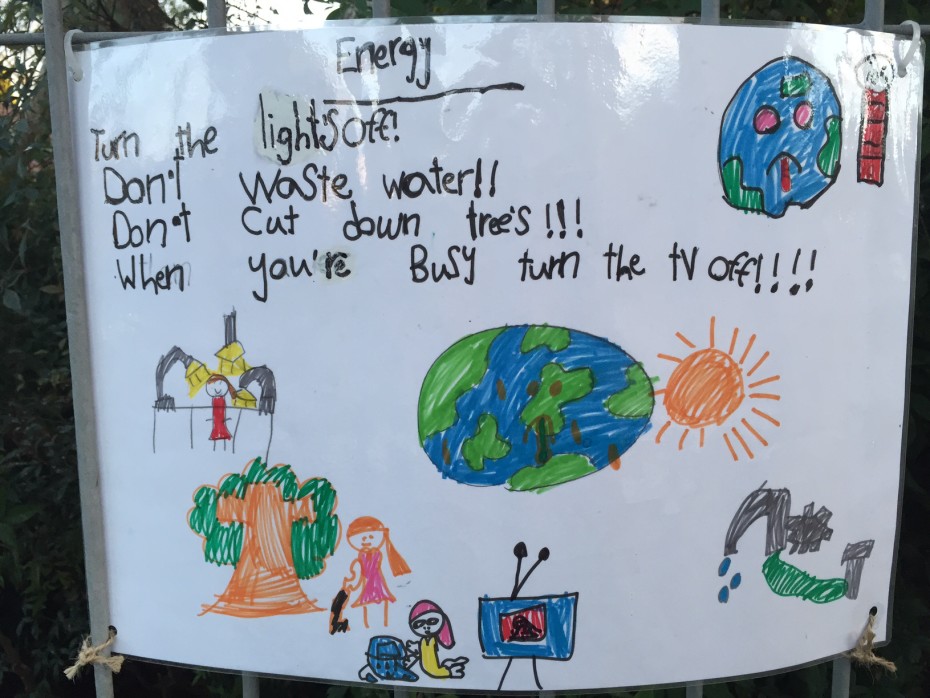 Reminders from local children on how to make a difference

These drawings were posted on the fence of a local kindergarden/primary school and were photographed with the permission of the School Coordinator. They offer simple but salutary reminders to us all especially our politicians of the reality of Climate change, the relentless damage it is doing to our environment and our planet. The children have […] 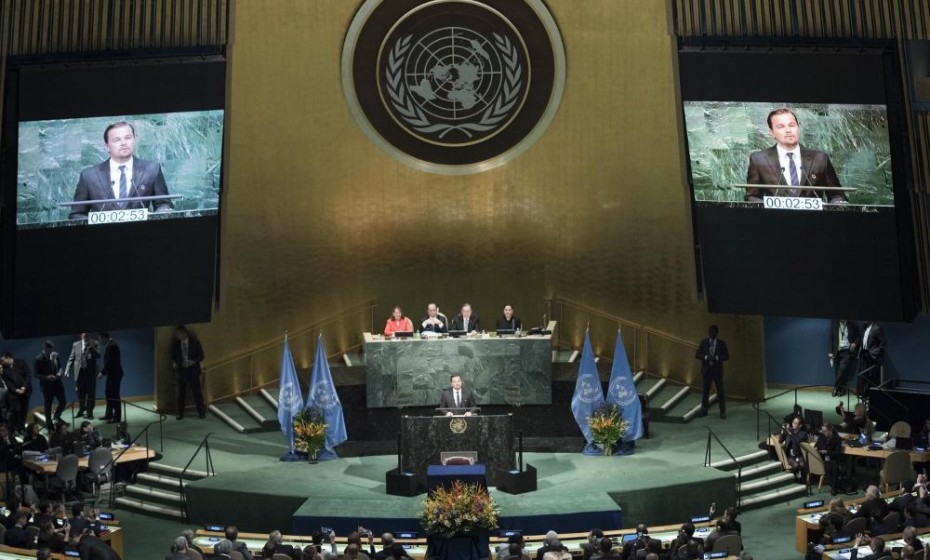 UN Paris Agreement signed, hoped to be catalyst for change

Secretary-General Ban Ki-moon hosted a signing ceremony for the Paris Agreement on Climate Change on 22 April at the United Nations. More than 165 Member States were expected to attend the signing ceremony, including an estimated 60 Heads of State and Heads of Government. U.N. Messenger of Peace Leonardo Dicaprio addresses the opening segment of […] 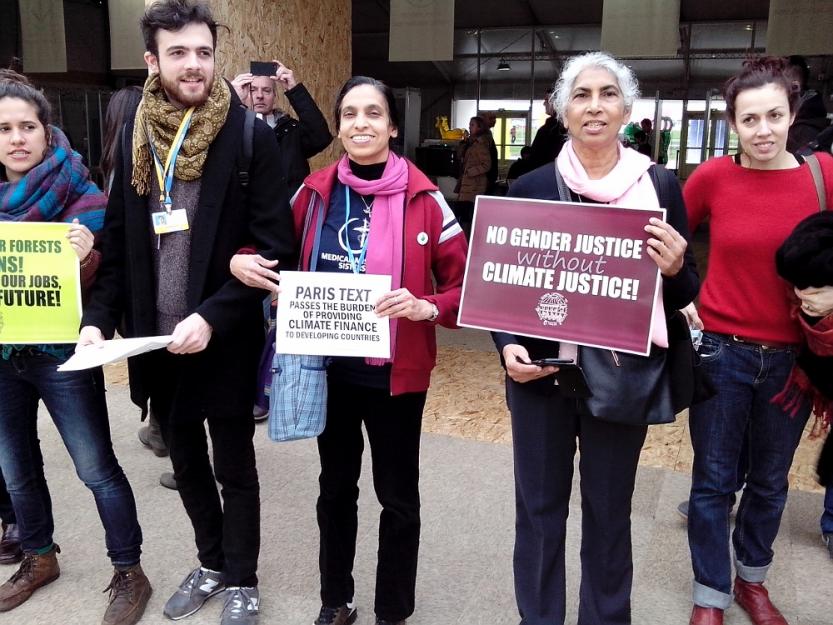 Earth Day 2016 is monumental: Call for action and prayer

Panel at U.S. State Department presentation at COP21, with Joan Brown at right. (Submitted photo) Earth Day 2016 is monumental: Call for action and prayer by Joan Brown On Earth Day the sun seems to shine brighter. The songs of the finch, meadowlark and red winged black bird ring more boldly upon the air. All […] 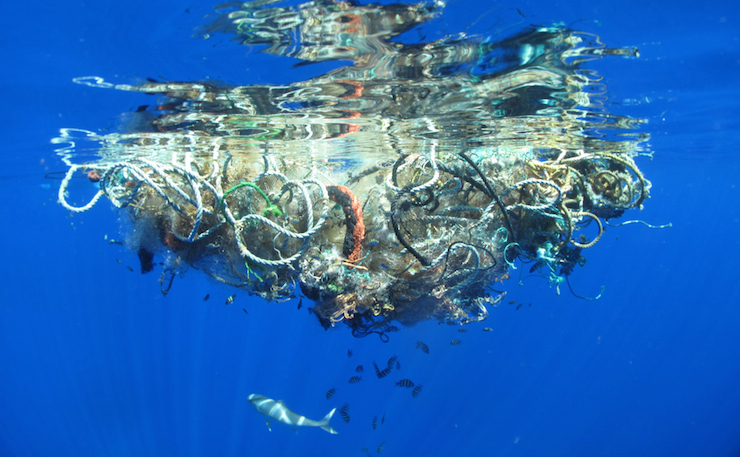 Climate change may be the hallmark of the Anthropocene, an age where humans are effectively ecosystem-managers, but the growing ubiquity of plastic in natural ecosystems is its closely related cousin. By Thom Mitchell on April 21, 2016 Like carbon emissions, plastics’ production boomed after 1950. In 1964, only 15 million tonnes were produced, but by […] 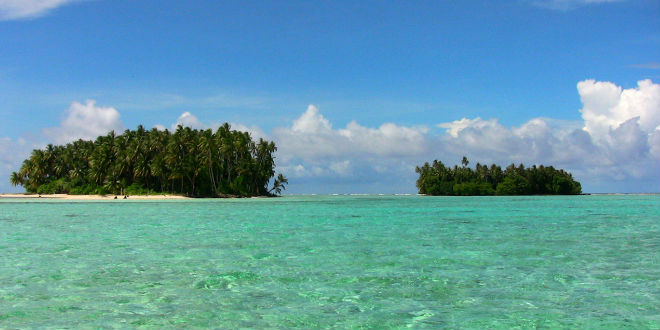 “We have to move now”

“We have to move now”: Islanders watch as their home disappears in the sea Time for action: Rising sea levels have  washed away houses in the Carteret Islands, wiped out vegetable gardens, contaminated fresh water supplies and even split the Huene Island in two. ALMOST 6000 islanders to Australia’s north face forced evacuation as they […]

Building up the Paris momentum for climate action

OPINION, The Good Oil, February 16, 2016 Building up the Paris momentum for climate action Last year’s much-anticipated UN Climate Change Conference in Paris did not deliver all that was needed. It did not even deliver all that was hoped for, but it did deliver more than most expected, says Jill Finnane. Paris report by […]